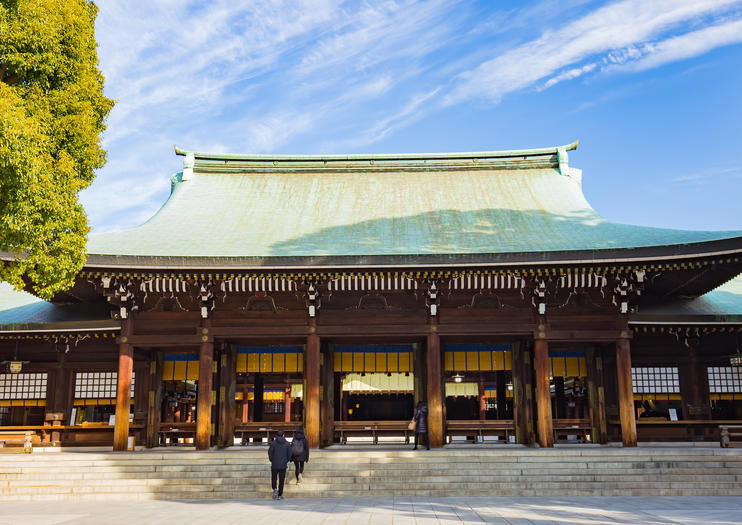 Meiji Shrine, located in Shibuya, Tokyo, is the Shinto shrine that is dedicated to the deified spirits of Emperor Meiji and his wife, Empress Shōken. The shrine does not contain the emperor's grave, which is located at Fushimi-momoyama.
After the emperor's death in 1912, the Japanese Diet passed a resolution to commemorate his role in the Meiji Restoration. An iris garden in an area of Tokyo where Emperor Meiji and Empress Shōken had been known to visit was chosen as the location for the building.
The Shrine was completed in 1921, and its grounds officially finished by 1926. Until 1946, the Meiji Shrine was officially designated one of the Kanpei-taisha, meaning that it stood in the first rank of government supported shrines.
On the eve of new year, Japanese people usually visit a Shinto shrine to prepare for the worship (Hatsumōde) of the new year. Meiji Shrine is the most popular location in Japan for hatsumōde.
Meiji Shrine is located in a forest that covers an area of 70 hectares. It is covered by an evergreen forest that consists of 120,000 trees of 365 different species. The trees were donated by people from all parts of Japan when the shrine was established.
Meiji Shrine is an extremely popular tourist attraction with thousands of people visiting every year. Contact 24 Limousine & we'll arrange an english speaking chauffeur to pick you up and transport you to the Meiji Shrine. It's a must while in Tokyo. 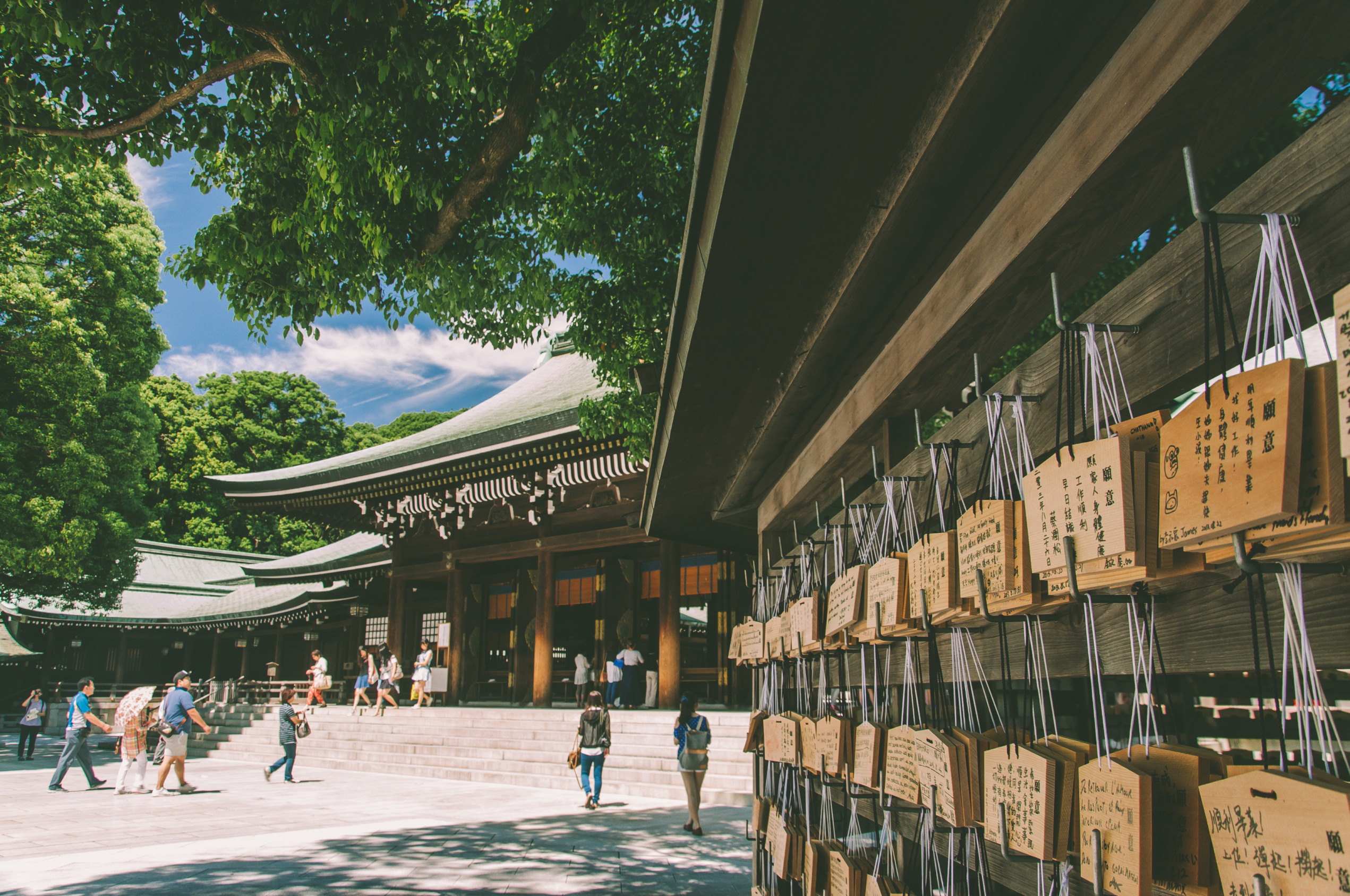 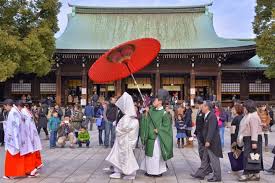 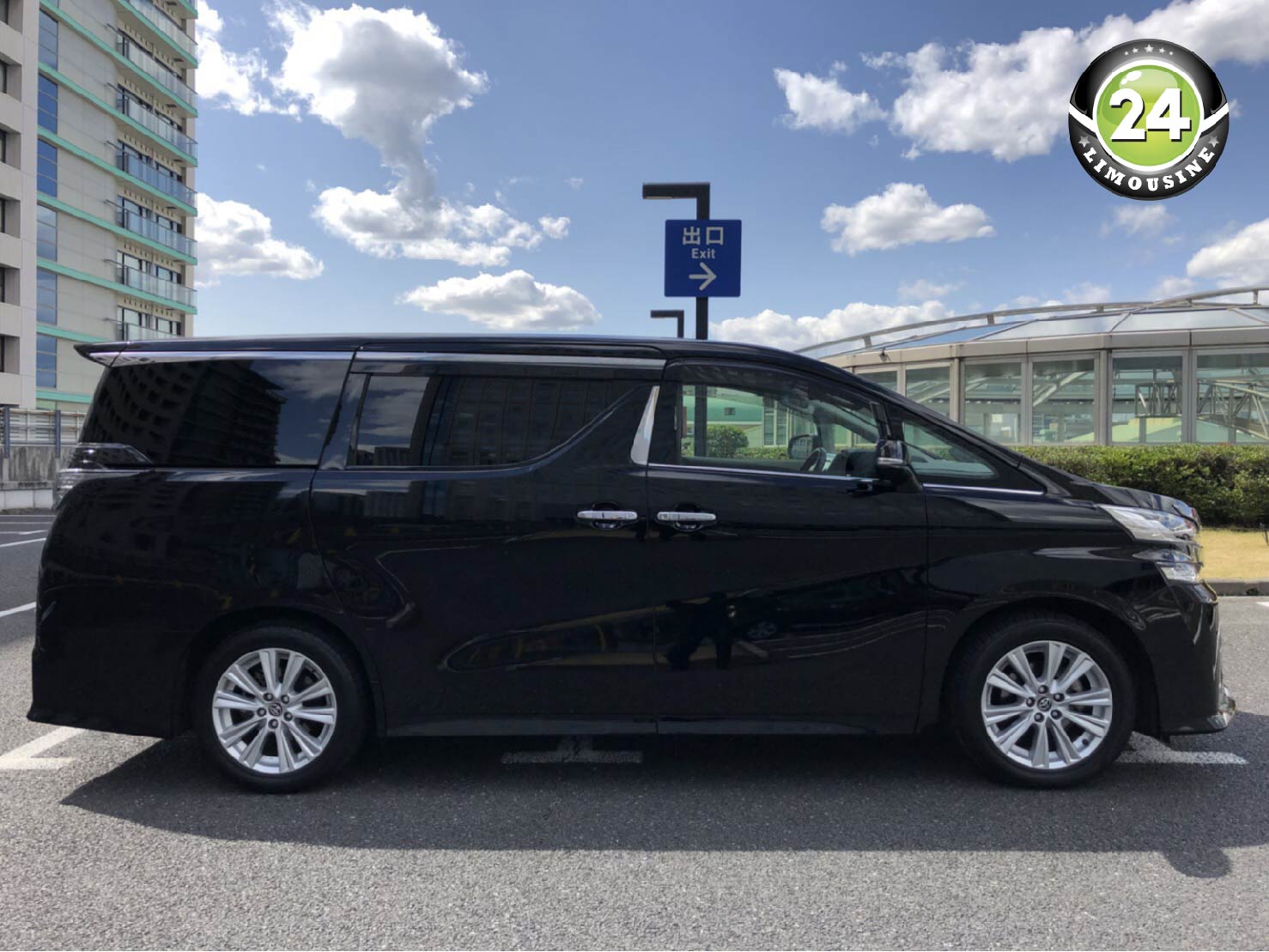